Operating in the Perth area now

Gildan Air & Electrical were recently called to a customers house in East Perth who mentioned that when the down lights in loungeroom were turned on it caused a circuit breaker to trip off, and a burning smell had been noticed in the previous weeks.

Upon inspection in the roof of the halogen downlights it was noticed that a power cable had been knocked on top of the exposed down light causing it to melt because of very high temps that these globes operate.

Our electricians worked out that insulation was installed in the roof space a couple of weeks ago and was the cause of the cable being knocked on top of the globe. 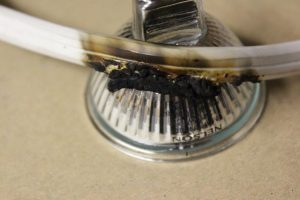 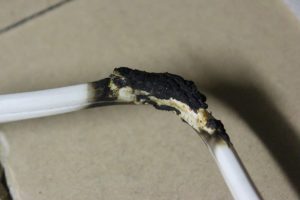 Customer was advised that these halogen type downlights are very well known for causing house fires, as well as costing a lot to run. LED downlights, which can be installed in the same cutouts and locations are the answer to having a safer situation in the roof space. They also cost 80% less to run!

We worked out the electricity savings would pay for the new downlights in less than 2 years, let alone the safety and environmental issues.

Customer agreed and a quote was sent out for the changeover to LED downlights.

If you want a free quote for this, or any other electrical or airconditioning work from as far south as Mandurah and north to Two Rocks please Contact Gildan Air & Electrical